As a race, minotaurs vary greatly from campaign to campaign. The creature presented in the Monster Manual is a carnivorous, demonic beast, where in classic campaigns like Dragonlance they are sophisticated sailors, and in video games like Warcraft they are a deeply spiritual and peace-loving culture. Even with their varied history, minotaurs possess key traits that carry over well from world to world.

The fight against corruption and evil doesn't stop at the shoreline. Paladins who follow gods of the ocean, such as Poseidon, or who are born among marine races, often follow the Oath of the Waves. As with other marine classes, aquatic paladins focus on training with piercing weapons such as spears, tridents, and short swords, as well as crossbows. Their armor is rarely made of metals, unless they are enchanted. Instead, their armors are composed of unique species of leathery seaweed, scales, chitinous plates, and shields made of turtle shells. Those few aquatic paladins that rely on mounts choose large predators such as sharks and killer whales, or rarer beasts such as giant sea horses and hippocampi.

Read more »
Posted by Rich Howard at 6:38 PM No comments: Links to this post

A Special Note
This 5th edition fighter-based mariner is inspired by the ranger-based class introduced in one of my favorite Pathfinder supplements, Cerulean Seas, and credit goes where credit is due. Huge thanks to Emily Kubisz and the team at Alluria Publishing.

Skirmisher
If you move at least 15 feet during your round, you gain either a +1 bonus to AC or a +1 bonus to attack rolls with melee weapons until the beginning of your next turn.

Read more »
Posted by Rich Howard at 11:37 PM No comments: Links to this post


Soulbound revenants are beings trapped between two worlds. Unlike common revenants, soulbounds are not fully undead and rarely have a single wrong to be avenged. Born from souls either freshly separated from their living hosts or those preserved for centuries by powerful magic, a soulbound's spirit is intact and has been tied back to their original body, placed inside a soulless husk or, in some cases, manifested in a new physical form.

Read more »
Posted by Rich Howard at 8:22 PM No comments: Links to this post 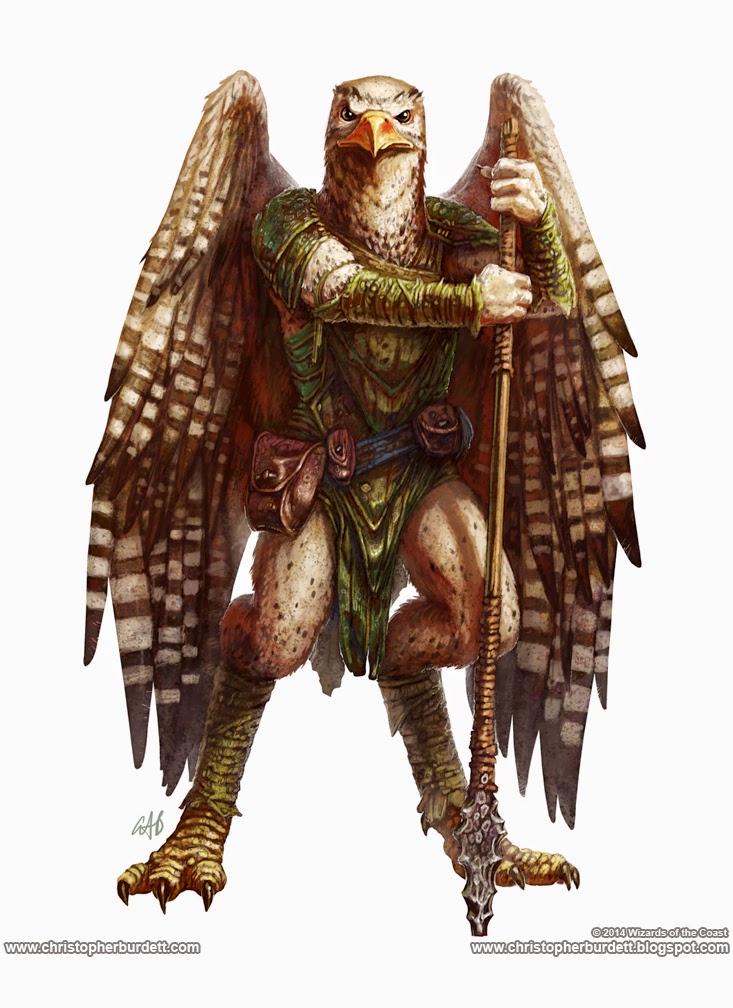 The aarakocra were one of my favorite monsters from the original Fiend Folio. They, along with the bizarre and oft-mocked flumph, were one of the only good races in the book and seemed ripe for heroic storytelling. Unfortunately, they weren't available to the average player as a race (at least until Dark Sun) and creating appropriately balanced new races in the early editions was challenging. It's a little thing, but opening the 5th ed Monster Manual and seeing the aarakocra as the first monster helps this edition find a place in my gamer heart.

The druid and ranger classes have builds that are easily adapted to aquatic settings with few changes, so both classes will be presented here.

Read more »
Posted by Rich Howard at 12:00 PM No comments: Links to this post


Like other bardic colleges, sea singers do not attend an actual university, they gather to learn spells, lore and skills from one another, and of all the bardic colleges, the verbal tradition is most important to sea singers. Sea singers are most often found among merfolk and sea elves, though nomadic halflings, coastal and island dwelling humans and some wood elves are also drawn to the vocal nature of the college.

Read more »
Posted by Rich Howard at 2:19 PM No comments: Links to this post

Like elves, the origins of the selkie race lay in the Feywild. A type of shapeshifter, a selkie's normal form is that of a unique seal species who can shed their skin to become a full-figured human touched by fey beauty. Graceful and kind, Selkies spend the majority of their lives in the cold waters of northern oceans, though some tribes migrate to and through more temperate climates.

Selkies are nomadic, maintaining pods of two to ten family members who travel with and live alongside pods of common seals. A selkie's seal form (size, shape, and coloration) is similar in many ways to the common seal and is indistinguishable to an untrained eye. A successful Nature check (DC 15) can determine that one or more selkie among a pod of common seals is of a different species. A selkie's humanoid form is indistinguishable from normal humans except under close scrutiny. A selkie's fingers and toes have webbing slightly longer than that of a normal human, though this webbing extends significantly when exposed to water. In addition, a selkie's eyes are often larger and darker than most humans, adding to their kind, almost child-like, expression. Selkie can mate with both common seals and humans as well as their own kind. When mating with a non-selkie there is a 50% chance the child will be born a selkie and a 50% chance it will be born a normal member of its non-selkie parent's race, though even these children have a sometimes inexplicable draw to the ocean.

Though most selkies are happy living their lives exploring the oceans and coastal regions with their families and marine friends, some are born with an insatiable curiosity about the far oceans, deep trenches or legendary ruins at the heart of the surface world. Selkie adventurers use their affinity for magic and natural charm to survive in the bizarre world of surface culture, becoming bards, druids, rangers, rogues and wild sorcerers. Myths of selkies making pacts with twisted beings of the deep seas are common morality tales among the sea-dwelling folk, though the occurrence of selkie warlocks is extremely rare.

Read more »
Posted by Rich Howard at 12:50 AM No comments: Links to this post

As a sea elf, your body is both lithe and strong. Adapted for underwater living through magic, your people guide the growth of coral reefs into complex fortresses of both air and water, and cultivate massive beds of giant kelp for both food and protection.

Sea elves have spent generations building relationships with a variety of marine mammals native to their territories, including orcas, dolphins and otters, as well as honoring trade and political ties to the varied cultures of merfolk. Though sea elves commonly find themselves in conflict with both the merrow and sahuagin (races known for their partnership with sharks), less aggressive species of reef and benthic sharks are also common in and around sea elf settlements.

The sea elves ability to live on both land and in water gives them certain advantages over other aquatic races. Sea elves not only trade with coastal human, halfling and elven villages for forged weapons, magic items and supplies, they are well known for their adaptation of these items for underwater use.

Sea elves skin and hair color varies depending on their home territories; darker grey and silver hair for tribes inhabiting the deep oceans, blue-green and copper for tropical and coastal tribes, pale white and balding in arctic areas.

Read more »
Posted by Rich Howard at 3:52 PM 3 comments: Links to this post 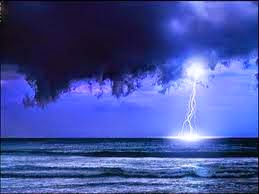 The only domain available to clerics that most closely duplicates worship of sea gods is the Tempest domain. Gods of storms and seas are common across pantheons, though the Tempest domain leans far more toward gods like Thor than they do Poseidon.

Below you will find a variant of the Tempest domain that grants the cleric power over marine creatures as well as the ocean and weather.

Read more »
Posted by Rich Howard at 2:36 PM 4 comments: Links to this post 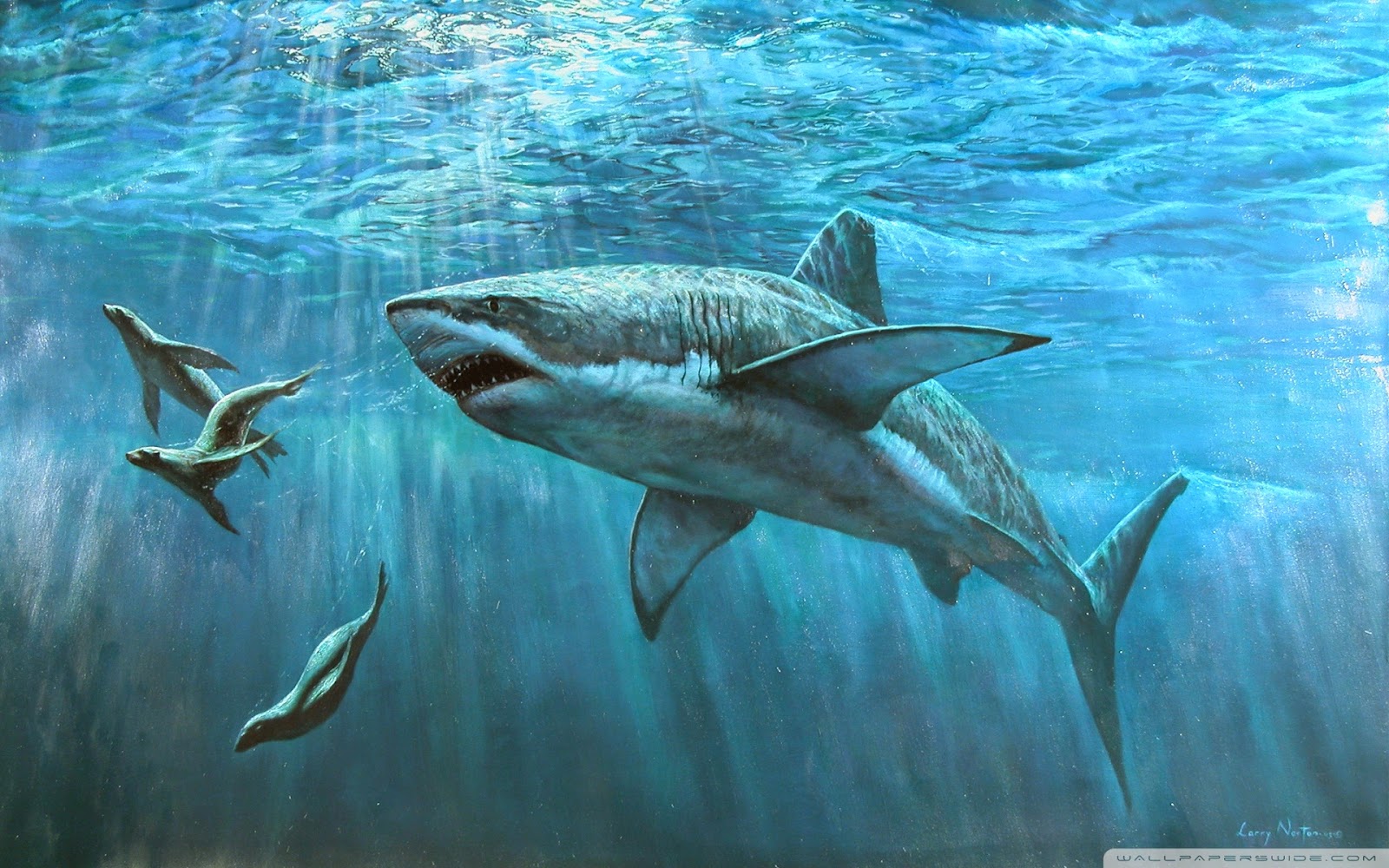 In this series, we will be presenting archetypes applicable to 5th edition D&D games set in coastal or entirely aquatic settings.

Barbarians from coastal and island cultures often draw on the spirit of the ocean's greatest hunters to inspire them in battle. Barbarians who choose an aquatic hunter as their spirit animal take the aquatic hunter class feature in place of the spirit seeker feature. Aquatic totems include killer whales (orcas) and sharks. As with the standard barbarian build, an aquatic barbarian may select from different animal totems at 3rd, 6th and 14th levels.

Path of the Totem Warrior

Aquatic Hunter
Yours is a path that seeks a connection to the greatest hunters in the aquatic world. At 3rd level when you adopt this path, you gain the ability to cast water breathing on yourself at-will. You may also choose one of the following spells to cast as indicated: hunter's mark (once per day as a 1st level spell) or speak with animals (as a ritual).

Read more »
Posted by Rich Howard at 5:14 PM 2 comments: Links to this post 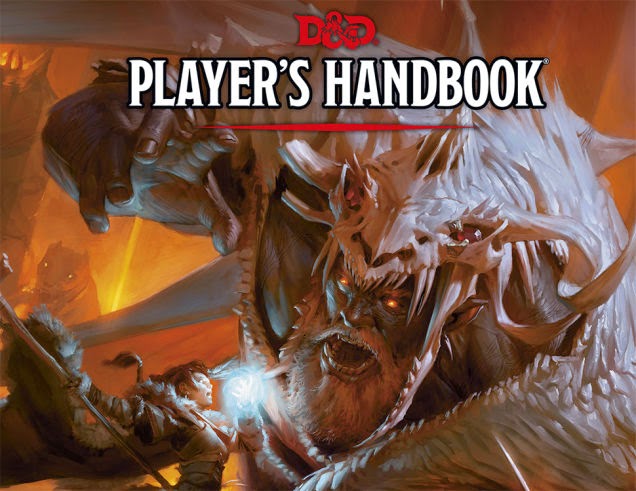