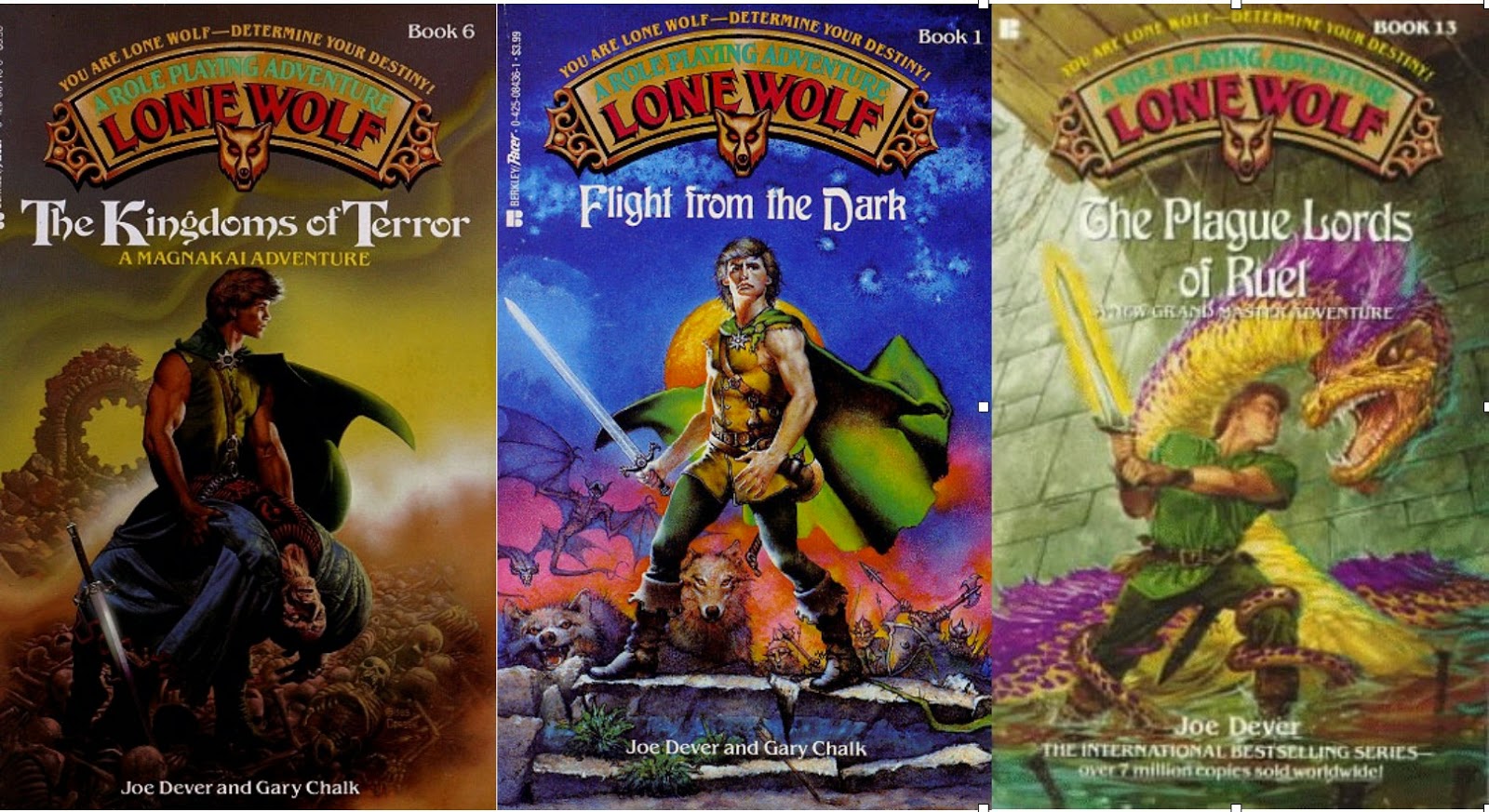 The Kai Monks of Sommerlund

The Kai monks of Sommerlund first appeared in the Lone Wolf Choose Your Own Adventure game book, “Flight from the Dark” by Joe Dever and Gary Chalk, published in 1984. Until that time, Choose Your Own Adventure novels told you who you were and what you could do, allowing you to choose which road to follow, what tunnel to explore, or whether to face a monster. What made the Lone Wolf series a fan-favorite was that you could create your own character, choose from a list of interesting powers, select your starting gear, carry items from book to book, and fight monsters using a combat system. Not only could you choose from ten different powers (called disciplines), you gained new powers for each book in the series you completed; effectively leveling up after each book. The Lone Wolf series allowed us to play a solo roleplaying game long before video games became the norm.

In the Lone Wolf series, you play a Kai monk named, of course, Lone Wolf. You are the only survivor of the Kai monastery after it is destroyed and all of the other monks are murdered. I think of the Kai monks as the fantasy equivalent of Jedi Knights; they are peacekeepers, diplomats and explorers, with a range of skills and powers normal citizens can only dream of. Kai monks are trained in physical combat, psychic powers such as telepathy and telekinesis, healing, diplomacy, and more. In the first book, you are trained in 5 of the 10 Kai disciplines and the choices gave you additional options during your adventure. Say you select Animal Kinship as one of your powers. Your choices in a section where you are facing a bear may include running, fighting, or using your Animal Kinship powers, with each choice sending you to a different section. If you didn’t choose Animal Kinship, you were limited to fighting or running. 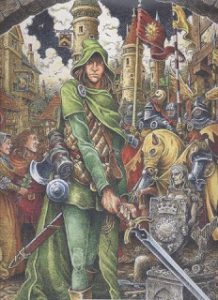 When you completed a novel, you were allowed to choose an additional discipline to use during your next adventure, as well as carry over equipment, magic items, and your ability scores (Combat Skill and Endurance Points). By the time you reached book 6, “The Kingdoms of Terror”, you mastered all 10 of the basic disciplines, so you begin training in the advanced techniques called MagnaKai disciplines. The latter novels would take into account your basic skills in every discipline, while granting options for using the advanced disciplines in more difficult situations.

These books also introduced the concept of Lore Circles: areas of study that, when mastered, would increase your Combat Skill and Endurance points. Starting in book 13, “The Plague Lords of Ruel”, you learn even more powerful versions, called Grand Master disciplines on your way to becoming the first Kai Supreme Master after book 20.
The Lone Wolf universe is still alive and well 30 years later. You can download the entire 28 book series, including its spin-offs, formatted for ereaders at Project Aon for free! There are also iOS and Android apps available for your smartphones and tablets. Crowd-funded projects for a spin-off series, a board game, an adventure game and more have been successfully funded, continuing to bring the world of Aon and the lands of Magnamund to our gaming tables.

Why Convert the Kai Monks to 5th edition?

Aside from being a huge fan of the series, the Kai monks are ideal for many fantasy worlds. Their powers and skills cover a wide range of abilities, making them the renaissance men and women of fantasy. In the early books, their Kai disciplines place them on a similar level as other PC classes, and by book 6 they are both versatile and effective. By the time Lone Wolf completes book 12, he possesses an incredible amount of power in relation to the core D&D classes, and from book 13 on he’s beyond even Epic tiers of play. Does that mean the Kai monks are unable to be converted to 5th edition? Not at all. Creating a version of the Kai monks that can be played alongside the core classes was a challenge, no doubt, but the concept of Lore Circles allowed for archetypes that parallel other classes and allowed specialization even among this jack-0f-all-trades class. Creating the feel of the Kai monks was far more important than duplicating their powers point-for-point.

For more information on their development, such as why there are only 8 Kai disciplines instead of 10, check out the upcoming article, "Developing the Kai Monks of Summerlund."